Not a Good Rememberer: Katrina+10

I've never had a great memory, but this time of year, my disinterest in the past is purposeful.

In three days, it will be a decade since the most powerful hurricane of my lifetime struck not only America, but also the place I grew up. Landmarks along the entire Mississippi Gulf Coast were demolished. Beautiful homes are now slabs. Sites of childhood memories are gestured to with the opening remark, "Well, that used to be..."

Ten years is a milestone. I get that. Many places have come a long way, and some haven't, and there's a lot to talk about. Also, as sick as it is, people love a tragedy. Why else would some weirdos in New Orleans have profited off Katrina tours in the Lower Ninth post-storm?

Yes, Katrina affected many people and places I love, but I didn't even live on the Mississippi Gulf Coast when the storm hit, so I'm not sure why I'm still such a baby about seeing footage and hearing stories. But I am oddly grateful when I hear that others have similar feelings.

I guess as my cousin so eloquently posted on Twitter, "Just hearing the word Katrina makes me sick."

I visited New York City a few years after 9/11, and still vividly remember the rawness on some residents' faces when someone asked about their experiences around that day.

(No. I'm not even trying to compare Katrina to a deliberate act of terror by a person or group. And I am certainly not insinuating I will ever in any way understand what NYC residents felt that day or in those years to follow.)

But a horrible thing marred and scarred and tore up my beautiful home, and it's painful to relive. Every time. And when I see the concrete slabs that were once foundations of antebellum homes, I want to stand and tell all the people, "This isn't just a vacant lot! Something beautiful was here and an actual disaster ruined it! People aren't being lazy. They had to get back to work!"

I appreciate empathy and sympathy and well wishes for affected areas. I do. And I'll always be proud to tell of my hometown's resiliency and to wear the label of a place that is still valiantly rebounding from a thing so horribly inflicted upon them, and my gratitude for nationwide responders' immediacy to our situation still brings me to tears.

I think that for me, though, the prompted rememberance of Katrina is almost like when someone criticizes another's family, or upbringing, or something else literally so close to one's home. If the person deeply tied to it brings it up, it's safe. If it's CNN or a nosy tourist, ummm... Maybe not so much.

There is, however, what I believe is an excellent and even digestible-for-me feature from the Washington Post on the Mississippi Gulf Coast by DeNeen L. Brown, and I hope it gets great exposure.

So....this is admittedly one of those times when I feel like blogging exactly equals journaling, and there is no real conclusion, but as Anna Nalick sang in Breathe, "If I get it all down on paper, it's no longer inside me, threatening the life it belongs to."

As for Katrina and #katrina10, well, good riddance. The storm may have flattened our landscape, but it made our hearts stronger.

Still, forgive me if I choose not to remember too much. 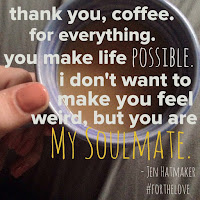 Have you ever heard of anyone comparing wedding planning to a vacation? Me neither. What about moving? Or doubling up on job duties? Yeah, that's what I thought.

While the last several months have certainly had their share of stressful moments, they've also included an unexpected reprieve thanks to the opportunity to pre-read Jen Hatmaker's "For the Love: Fighting For Grace In a World of Impossible Standards." 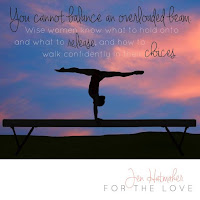 Officially launching today, this book has provided a much needed reminder of God's grace along with a refreshing, encouraging perspective of the freedom I can experience with new chapters in life.

From hilarious fashion commentary to insightful worldviews, "For The Love" offers gentle yet straightforward reminders of realistic Biblical expectations in an unrealistic, Pinterest-driven world.

All that, plus Jimmy Fallon-like thank-you notes? Yes, please. (You can see how I survived the summer.)

So this book that's made me laugh, (good) cry, think more deeply, use fun phrases and get to know a new tribe of friends is now available to the public. How could I not share the news?!

"For the Love" is available at Barnes and Noble and amazon.com, and you can learn more about it on Jen Hatmaker's website. 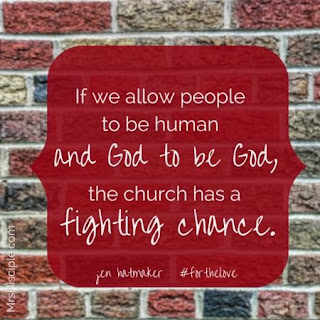 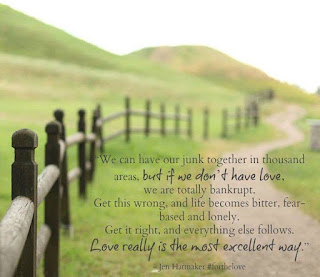 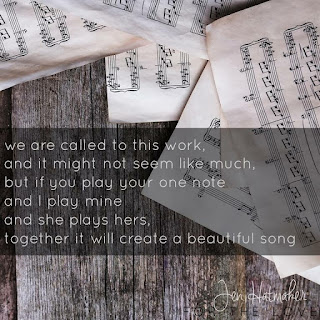 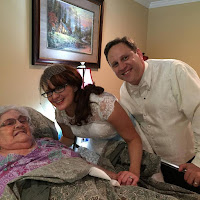 When I started this post, I was pretty hopped up on steroid medication to get rid of a sinus infection, but it in no way masked my true, unadulterated excitement about letting y'all know that I GOT MARRIED TO THE LOVE OF MY LIFE LAST WEEKEND!!!!

And, of course, this really does mean something for everyone, not just the newest Mr. and Mrs. Maricelli (pronounced "mar-sell-ee"). 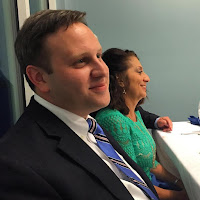 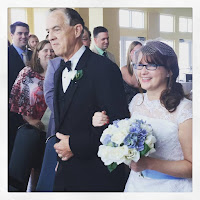 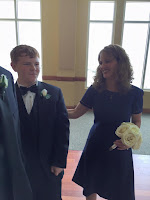 That said, it was a beautiful (though hot) day, and I couldn't be more thrilled to have committed to spending the rest of my life with this one who I know God created to enhance my strengths and better my weaknesses.

Visit our wedding website for more of our story.

People Who Read My Blog